Cue the trumpets … now, cue the drums … here we go! The Rio 2016 Summer Olympics kick off tomorrow and boy are we excited. Every four years, we watch the long-awaited events, the summer sports, games and spectacles all while rooting for our favorites. Whether you cheer one athlete or another, there is no denying we can see steel in Olympic athletes. Perhaps it’s the athlete’s strength or the player’s discipline where you see resemblance to steel. One thing is certain though, steel in Olympic athletes gives them the ability to win any competition.

Strength – Weightlifting was part of the first modern Olympic Games in Athens in 1896. Modern steels are four to five times stronger than other commercially available automotive metals. In fact, some aluminum grades only meet the strength of steel grades introduced in the 1980s. Other materials have a lot of training in their future to catch up to steel!

Endurance – In a race to the finish, steel is similar to the fastest runner in the Olympic Games. Steel crosses the finish line first and is more durable than other materials. Steel has a variety of grades, including advanced high-strength steel (AHSS), which allows automakers to chose the right one for durability within the vehicle. AHSS receives our medal for this event! 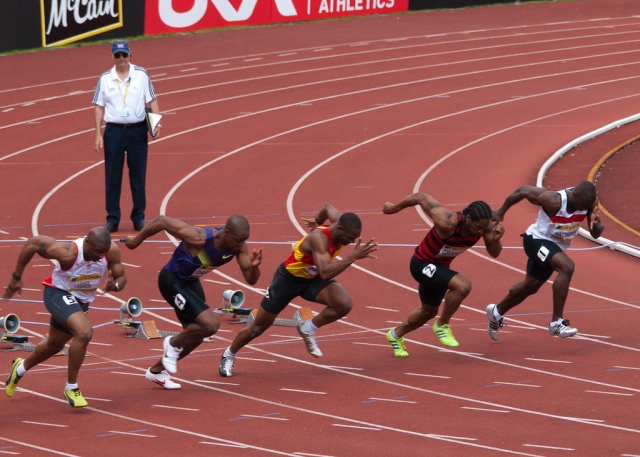 Formability (Stretch) – Like an Olympic athlete steadily performing on the balance beam, steel has something in common with gymnastics. Steel is more formable and ductile than other materials. Steel’s formability increases the design possibilities and allows the designer to take styling to new heights.

Discipline – True athletes must take the utmost care of their bodies with years of training to prepare for the Olympic Games.  In this same sense, steel takes care of the environment by generating the fewest CO2 emissions of any automotive lightweighting material during production. 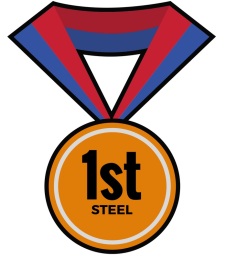 Wow! The steel in Olympic athletes really shines through. It’s hard for us to pick a favorite because so many possess these steel characteristics, so we cheer for them all! Which event is your favorite and which steel quality do the Olympic athletes hold? Let us know in the comments below.